The last Corona-dominated years have had their unique challenges. First transitioning to remote work, was a non-brainer for our cooperative, TechGenossen. We never had a physical office before – so I barely noticed this aspect of Corona during the first few months.

But as the month went by, not seeing the colleagues became harder and harder. So, we decided to fix it. On our self-hosted Jitsi instance, we created a room called “Kaffeemaschine” (coffee-maker) and tried to go there, whenever we wanted some human contact. Unfortunately, this was a suboptimal solution. Often 2 of us would work there and be distracted. Then the other participants would switch to another Jitsi-Room.

A while ago Stefan stumbled over WorkAdventure and last week he created an instance for us.

I like it. This seems to solve all the problems with our self-hosted Jitsi instance. Each of us is a small character on a map and once you get close to another character a video-chat opens so that you can chat with each other. Additionally, there is support for silent zones and rooms that open a full-featured Jitsi video-conference.

A feature I appreciate as a nerd is, that you can create your own maps, assign zones and even script them.

I wasted an afternoon to modify the starter-kit for WorkAdventure, and now we have our own little, virtual office. 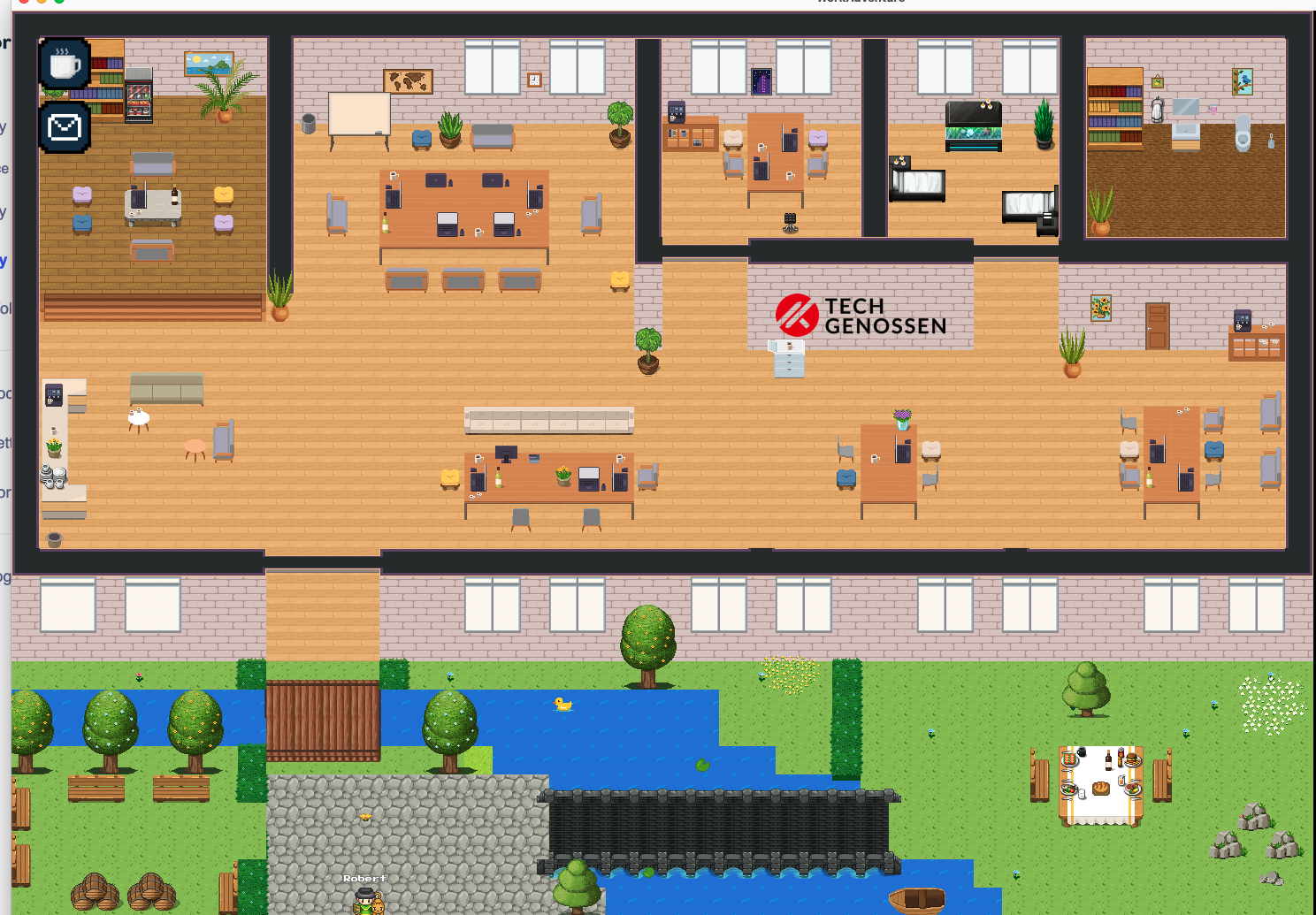 I am really interested in how long we will use it.